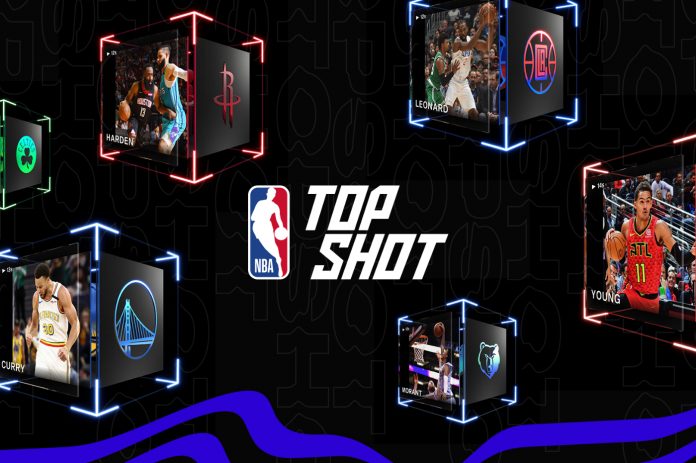 NBA Top Shot is a blockchain virtual cards collectible game. It was created in 2020 as a partnership between NBA and Dapper Labs, as a marketplace for trading various digital assets built on top of its own blockchain network called Flow (FLOW).

In a nutshell, NBA Top Shot is a game about collecting virtual basketball cards in a typical card trading game fashion. All NBA Top Shot cards have been officially licensed by the NBA and are guaranteed to have value in the long run.

Collectors can own video clips (cards) called “moments” which represent real NBA actions of their favourite players from recent seasons. The marketplace for this can be found at NBA Top Shot.

How safe is NBA Top Shots?

Safety is always legitimate concern, and everyone should do their own research, but we consider NBA Top Shots to be one of the safest crypto games out there. A number of established entrepreneurs – like Dallas Mavericks owner Mark Cuban – are already a part of this world and are proud owners of a number of Top Shot cards.

There is also more than 300.000 active weekly users trading NBA cards, reaching more than $20M in trading volume. Some cards have managed to reach over $200.000 in value, so that’s nothing to scoff at.

Dapper Labs already announced that UFC and WNBA will also be joining this world before the end of this year, and we don’t see this game going anywhere soon.

Why would you pay for something that can be seen on Youtube?

As for paying for a virtual cards; you can see this as an old Pokemon or baseball cards which are very valuable today as a collectible. Only difference here is that you do not own the physical copy but a digital representation of it on the blockchain.

Look at this as art, it can be worth nothing or a lot of money, it depends about a lot of unknown factors.

The easiest way to buy NBA Top Shot cards is by buying and opening packs via the official NBA Top Shots web page. At the moment everything is already sold out, but there will be new packs for sale soon.

Buy cards from other owners

Suffice to say, the future value of a particular card is impossible to predict so DYOR (do your own research), but we’re seeing an upwards trend in Card prices for all Trading Card Games built on the blockchain.

For now, this type of virtual cards trading seems to be getting more and more steam, and card values are going up. Maybe buying now is not a bad idea, given that the number of card owners and cards is just going up.