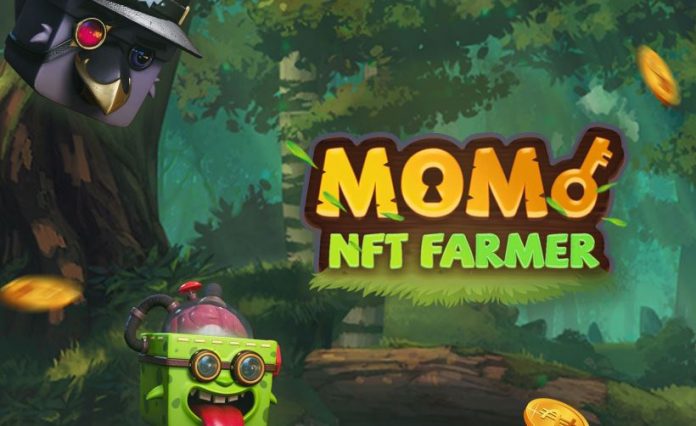 First of all, what is MOBOX? It is the most popular game platform on Binance Smart Chain (BSC). As of yet, it only has two games with another two coming soon. It has browser and both Android/IOS versions.

Two games that are already active are: MOMO: NFT Farmer and Trade Action; the two that are about to join the platform soon are: MOMO: Token Master and MOMO: Block Brawler.

The MOBOX platform is used for optimizing yield farming on BSC and getting some NFTs along the way which boost you hash (yielding) power. The best way to do that is using MOMO: NFT Farmer which is actually more a yielding platform than a game.

MOMO: NFT Farmer as it is the best and most popular game on the platform. MOMOs are small and cute cube-like creatures that have “hash power” which in turn earns you $MOBOX every day. And how can you get a MOMO?

First of all go to staking and put some liquidity into the pools. As a reward for staking you will get some “keys” (which is also a token in itself and is tradeable via MOBOX platform). After getting the key, all you need to do is open a “chest” which will have a MOMO inside.

Recently gem lottery has been implemented which will allow some extra customization of your MOMOs with “gems”. Gems are actually wearables which increase your MOMOs hash power, you can read more about it here. They can be applied only on Rare (purple) and above rarity MOMOs.

After you have bought a MOMO put him in a “Mining Camp” which will yield you $MOBOX coin.

Some MOMOs are worth a lot of money while some can be bought for a couple of dollars. The most important thing to look for when buying or selling some is their “hash power”. When you open the market you are probably still confused with their different colors and levels so let us explain what is that.

There is a few things to understand when buying a MOMO. It is recommended that you have 4 MOMOs as 4 of them make a “crew” and having a “crew” gives you 100 bonus “hash power”. You can read more about % bonuses when you enter a “Mining Camp” on the website.

Furthermore, there are 5 classes of MOMOs (with “Humans” always being “Epic” rarity):

Having a mix of everything usually get you the most bonuses (as we already wrote, check “Mining Camp” for details). The last thing to understand is “Leveling”. Each MOMO has a lvl, the more they “mine” the more they level up. It does not go lineary so check the scaling by clicking on a particular MOMO. As in everything else, the better rarity tier – the better scaling – the better MOMO.

That is mostly everything you needed to know to be able to participate in MOMO farming and playing so you are now ready to pick your MOMO(s) and start earning $MOBOX.