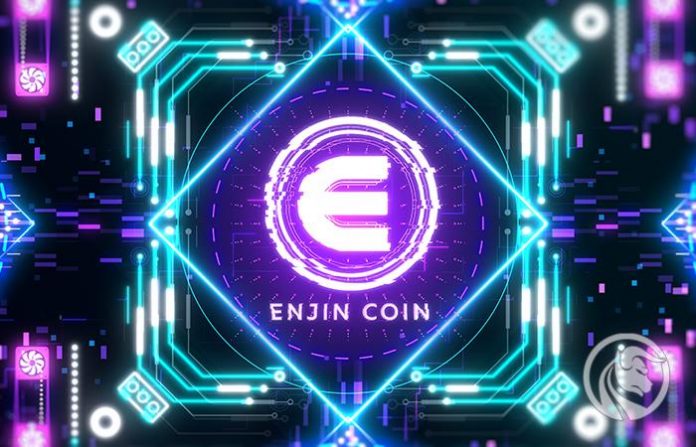 Enjin ecosystem looks like the most probable bridge between crypto and real-world gaming. Enjin Coin is an ERC-20 NFT which can be used on multiple gaming platforms for creating and purchasing virtual goods.

One of the best things about Enjin Coin i that it can support other in-game virtual tokens which means in-game items that you get with “farming” or virtual currency itself can be bought or sold using Enjin Coin.

That also means that you can transfer all in-game items across different gaming platforms or even exchange your items for the Enjin and Enjin to USD – so you can actually earn money by playing a video game.

Enjin company is actually founded in 2009 and it is the largest online gaming creation platform on the market with numerous partnerships including Unity, eSports and PC Gamer. Enjin Coin had its ICO in 2017 and is officially trading since 2019. They even have their own crypto wallet mobile app where you can store your Enjins.

Although due to high gas fees none of the Enjin ecosystem games seems to be having wide adoption as of yet, there are a few which seem to have a great future once the JumpNet rolls out and people actually get the opportunity to play for free and earn $ while playing.

Lost Relics – this is a Diablo style dungeon crawler where you can loot weapons, gear, potions etc. All of the items are tradeable and some of them (“blockchain items”) can be traded as NFT on the marketplace for the Enjin Coin so you can earn real money. Game itself has several playable dungeons, several different bounties and simple but decent graphics and gameplay.

The Six Dragons – an open world RPG (similar to Skyrim) where you can enter dungeons or other similar landmarks, collect and craft different items and sell them on the marketplace for the Enjin Coin. Game features three different classes, 26 variants of each weapon type and over 300 different craftable items. There is also some MMA experience with the ability to team up with some AI companions which help you while adventuring.

Age Of Rust – sci-fi post-apocalyptic adventure first person game. It is a puzzle solving game with nice graphics where NFTs are used for bestowing special abilities or unlocking secret areas. There are three types of puzzles: adventure progress, crypto puzzles and crypto treasure hunt. You can earn crypto by playing any of them. Although still in early beta the game looks really nice and a great casual way to earn some crypto.

All of this games will be available on Steam at one point, probably after the JumpNet is deployed. It will be really interesting to see how the non-crypto world players will react to this games and will the possibility to earn money while playing be enough for the players to overcome some of the usual issues the games with smaller budget have.

Maybe the “real-world” players will stick to AAA titles and forget about all of this “crypto nonsense”? We can’t wait to find out.