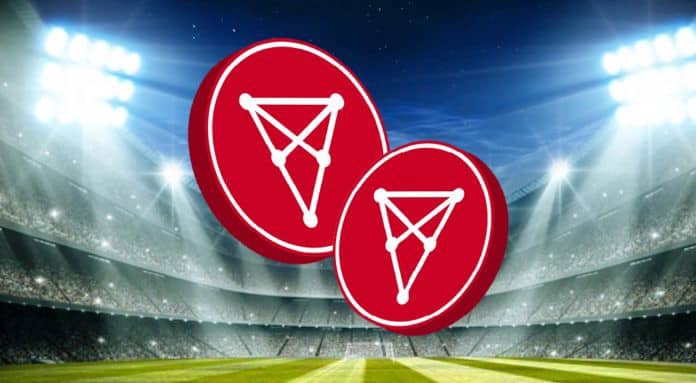 Chiliz is a way of tokenizing sports and entertainment sectors in a way that it creates a fan engagement platform. What does that actually mean? Most sports clubs make their money by selling tv rights, merchandise and gate receipts (game tickets). Chiliz offers a new, extra way for sport clubs to make money by engaging their fans in some clubs management decisions. Clubs can put up for voting some minor management decision of their own choosing and allow their fans who hold $chillz a saying in those matters. So fans basically pay some small $ amounts for a say in some small management decisions. If you don’t see why would people pay for this, you obviously haven’t ever been a fan of any sports club 🙂

There is already a lot of clubs lined up for Chilliz services, mostly football (soccer) clubs like AC Milan, PSG, Manchester City, Juventus, Roma, Atletico Madrid, Barcelona… They also have a contract with UFC and some plans on expanding to basketball and different e-sports.

The first is socios.com which is a team crowd management platform. This is a platform that allows already mentioned fans participation in clubs decisions. It does that by utilizing its own $chiliz NFT token. Fans use their $chiliz ERC-20 tokens for voting which is executed by a smart contract on the socios platform. There you can of course buy an unique fan token which is tied to a specific club (so not just $chiliz token but also a specific club token like this one). Holding that token gives you right for voting on different management decisions but also some other perks like discounts on their sports merchandise and some specific perks like getting a signed shirt or even meeting some player.

There are 6 different features on the Socios platform:

The second $Chiliz ecosystem element is the Chiliz exchange. It is an exchange which allows trading between different fan tokens with the main focus on the $chiliz ($CHZ) token as it is the main trading pair. This is the place where you won’t pay any fees for trading fan tokens so it is always best to trade them here despite them being present on binance and some other exchanges.

4 different tokens of the ecosystem

If you are a sports fan Chiliz seems to be the way to go with its already incredible partnerships and the potential to be an important part of every sports club in every sport on the world.