Explorers, after a week of intensive calculations and testings, we’ve finally come up with the long-awaited updated tier list for Version 1.4! This list is effective as of September 24th, 2018.

Big thanks to the team; Pocemon, MnBrian, Reebecca, Triceratops, LoganSBT, JHVS, ZhengTann and special shout out to Arena Powerhouse, Legomin1314, for the help creating this list. HUGE thanks to our amazing artist, Orange Heart for these incredible graphics!

Editor’s note: BoonSlevin had no part in this project. The entire thing was carried over by the incredible team which I am thankful to be a part of everyday! Boon 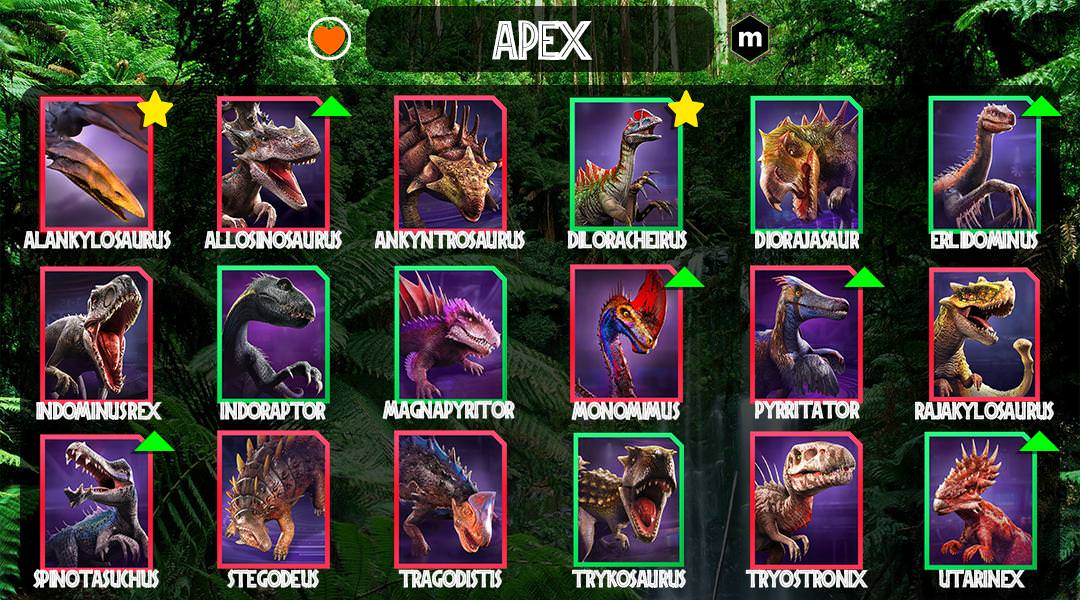 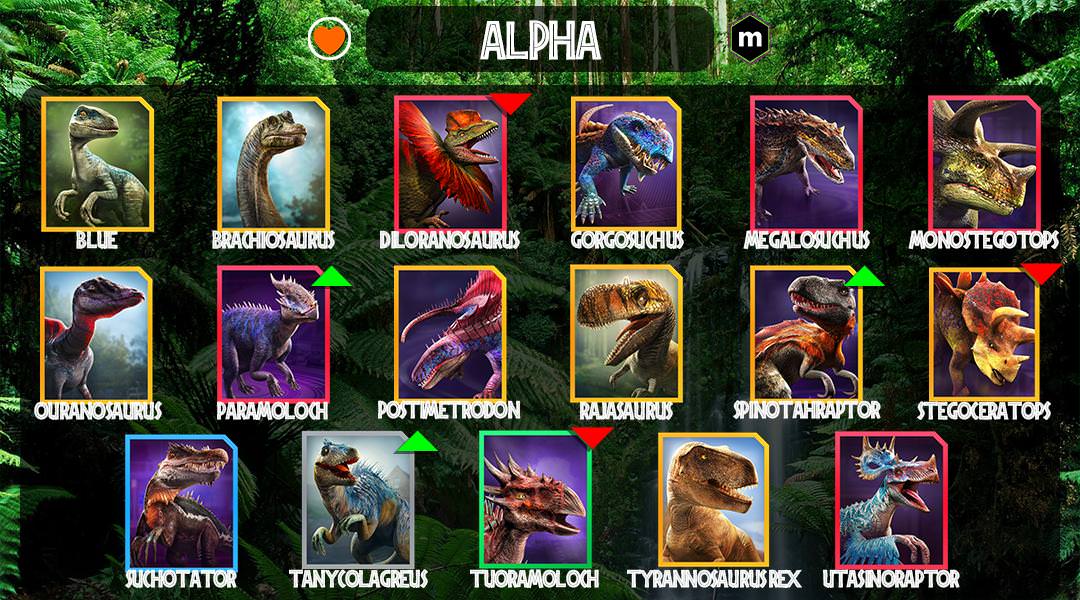 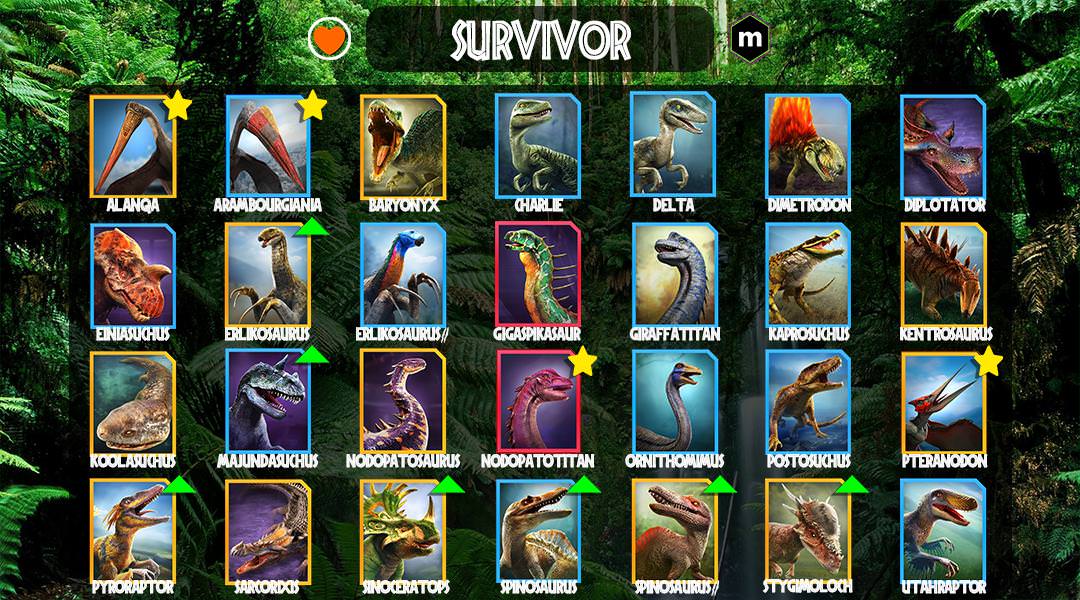 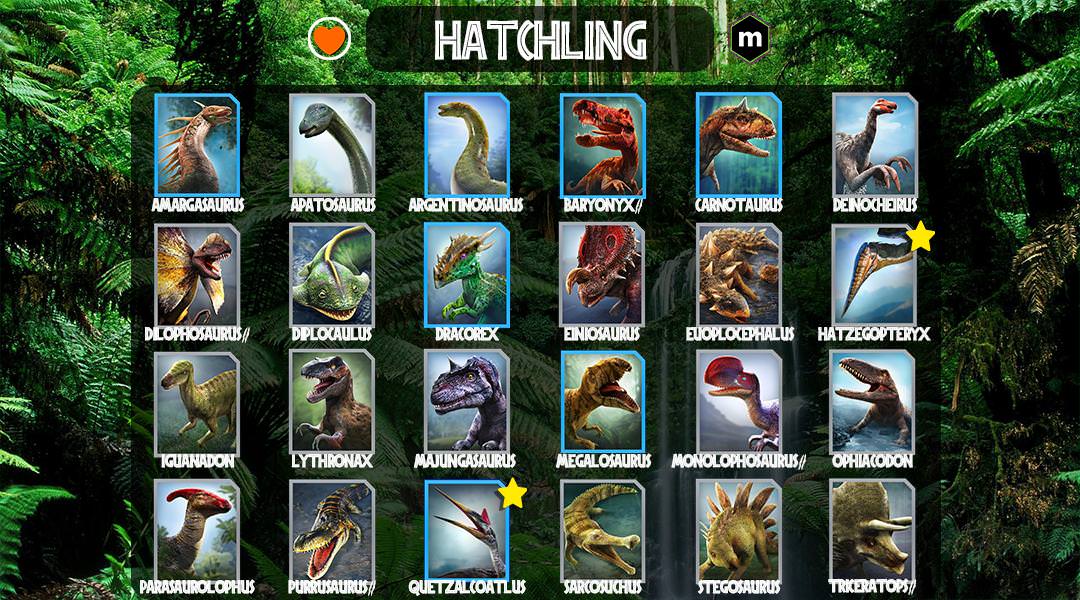 If you are familiar with tier lists, this should be pretty self-explanatory. However, I’d like to add in a precautionary note on taking this tier list as a straight-up prescription for team building. Make sure to build a balanced team and keep specific counters in mind. An all Apex-Alpha team probably won’t be bad but you may be passing up some good lower tier dinosaurs that would mesh well with your team. That being said, here is what we have in mind when putting a dinosaur in a specific tier…

Carcass – These dinosaurs are just bad. Their kits don’t work, their stats are sub-par and they are killed by most other dinosaurs. In short, they need a buff (or three).

Hatchling – Hatchlings are cute, cuddly, and not terribly threatening. These dinosaurs may not be the strongest but can be very useful early-game or when over-leveled.

Specialist – Though these dinosaurs are somewhat outclassed by others, they perform at least one role pretty well and can pull off surprise victories on occasion.

Survivor – These are solid dinosaurs that can carry your team early-game and still hold their own in higher arenas, though they become noticeably more situational.

Alpha – These dinosaurs are among the best in the game and are capable of easily defeating most of the dinosaurs in lower tiers. The only thing they really have to fear is…

Apex – These dinosaurs define the meta and can win against almost anything not in this tier. They either have a single, difficult to counter strategy or are able to tank hits and deal big damage.

Also keep in mind that Dinosaurs are placed into tiers based on their OWN merits. Availability of their DNA is not a factor, otherwise great dinosaurs, such as Blue, would have been quite low prior to the tournament awards going out. Another thing to keep in mind is opportunity costs while leveling certain dinosaurs that share hybrid ingredients with others. Head to head match-ups at equal levels are a large deciding factor, as well as other utility that they may bring to the arena.

All in all, we think this was a pretty small change in terms of balance. However, we are seeing a growth in the number of top tiers which means that Ludia is doing quite a good job at making more and more dinosaurs viable at the highest levels of play! We like to see some variety and personal expression in teams being used and we can definitely see it starting to shape out that way! Share your thoughts on our newest tier list and stay tuned for another article that will outline some of our thoughts behind the changes that were made!