Explorers! As we progress through the first Special Event in the history of Jurassic World Alive, we have some news to share with you! For all the info about the ongoing event, click here!

On June 6th, shortly after announcing a change in the Daily Events durations, Ludia introduced a new element in the game: AMC Epic Incubators! Thanks to MnBrian,Dwebble and o_o, from our Discord server, we can now confirm the followings:

For those requiring a visual of one of the possible rewards, here it is! 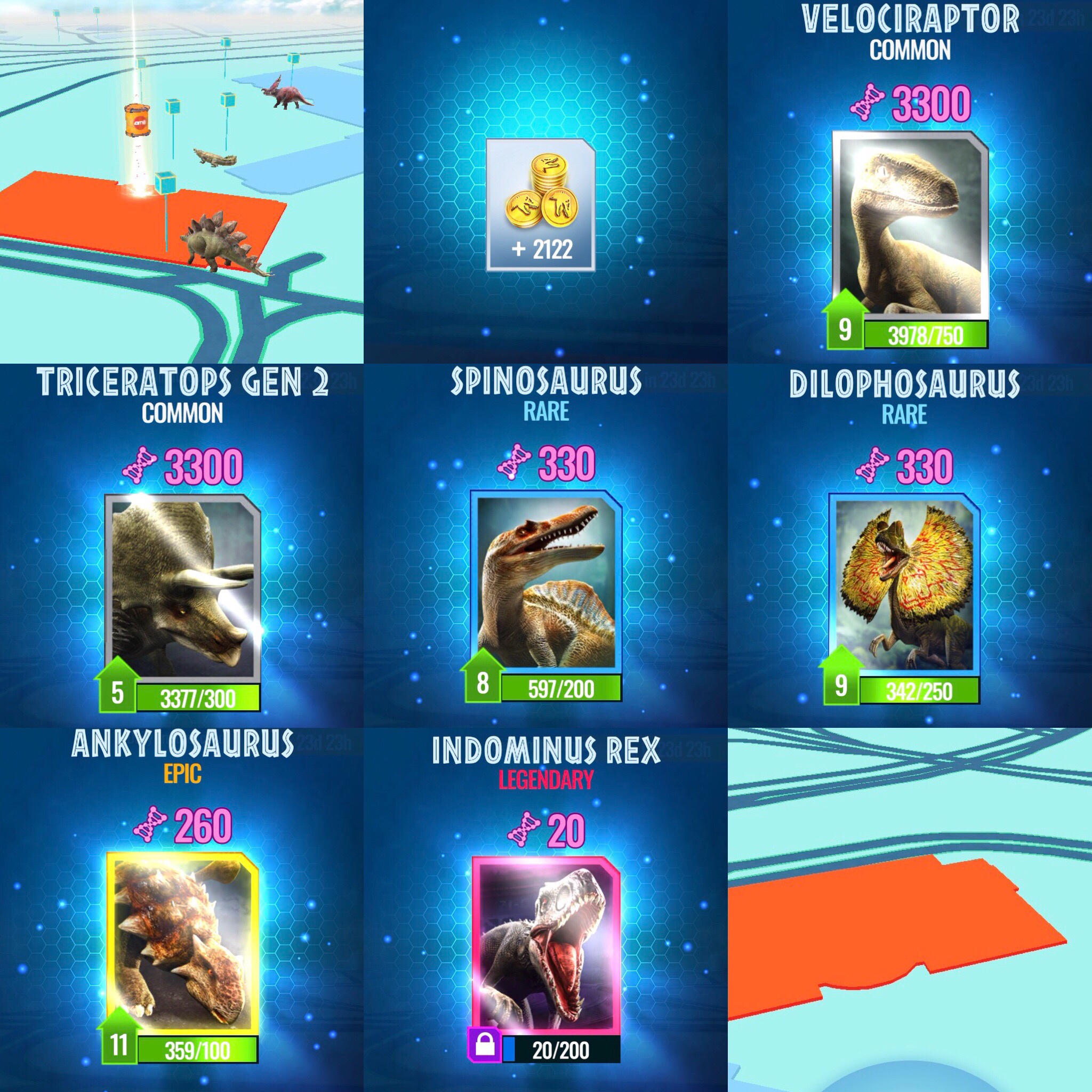 In the last two days, Ludia has introduced two different Sponsor related features in the game. Could we see more of those in the coming days until the end of the Special Event? Time will tell, but for now run to the nearest AMC Theatre! That Epic Incubator is lit (yes, we are hip sometimes and use the word “lit).

Sadly, this is correct. In the last few hours, Ludia made a strange and very quiet announcement (nothing shared on the social medias, with the exception of their hidden Forum). It appears that they were receiving complaints about the fact that Special Event Supply Drops would only spawn Featured Dinosaurs even when people had completed the Daily Event. As a result, Ludia has made the decision to decrease the timer of Daily Special Events from 24 to 12 hours as of June 6, 9:00 a.m. EST.

This change will certainly have an impact on the original schedule. However, the biggest impact of this change will be how it affects players around the world, some who will sadly no longer have the opportunity to collect DNA from every Featured Dinosaurs.

It had been previously hinted that Walmart was found as a Sponsor for Jurassic World Alive, and it is now confirmed! Through an in-game notification, Explorers were informed that Sponsored Supply Drops had been added in Walmart stores for a period of 57 days!

Now, it is unclear as to why these Supply Drops would last 57 days, but one could speculate that it has to do with potential Special Events surrounding the release of Jurassic World Fallen Kingdom. Only the future will tell, but this would align with what we learned from a recent interview between RDS (Réseau des Sports) and Vincent Noiret (Producer of Jurassic World Alive). All the information right here.

While it appears that these Sponsored Supply Drops are not appearing at every Walmart stores, we have received reports that they are available at some locations in the United States and Canada. Huge shout-out to Nathan96 and MKEb from our Discord server for getting us the information about the rewards. Spoiler alert, they are amazing!

The simple fact that one can obtain 100 or even 200 coins, or even 40 hard-cash from these Supply Drops makes it worth a small detour!

Edit: It now appears that every Supply Drops now has a shared cap for coins and hard-cash.

First, Jurassic World Alive announced, via their Instagram account, the release of a new Hybrid Dinosaur. While they seemingly want to keep the mystery as to which Dinosaur it might be, we can confirm that it is Stegodeus.

While it might seem irrelevant to some, this might actually be revealing how Ludia plans on release new Hybrids in the game. Stegodeus is a fusion of two Dinosaurs: Stegosaurus and Nodopatosaurus. Stegosaurus is available through this Special Event. As for Nodopatosaurus, it is actually a fusion of both Apatosaurus and Nodosaurus, which are both available through this event. (For all the recipes for Hybrid Dinos, click here)

In other words, all the required Dinosaurs to create Stegodeus are available through this event, which makes us believe that future events will potentially introduce new Hybrids the same way!

Last but not least, we have been told by a reliable source that there would potentially be more new Dinosaurs on the horizon:

We do not have much information for the time being, but stay tuned!

Ludia certainly knows how to plan in-game events! Progressive events like this keep players on their toes and entertained for a long time! We look forward to what might come next!

In the meantime, make sure to join our Discord Community to be a part of the conversation and Follow us on Twitter to get the latest information about Jurassic World Alive!

MNBrian - July 20, 2019
Explorers! There's been a migration! If you haven't noticed, it's been a little slow around these parts lately. Most of the MetaHub staff has moved over...